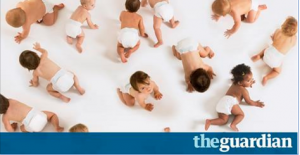 Billions of dirty nappies can be turned into pet litter, insulation and compost

What can be done with used nappies? The UK throws away around 3bn disposable nappies a year, while in the US it’s approximately 20bn. Each can take hundreds of years to degrade. But now companies are developing new ways of reusing dirty nappies.

Waste2Aromatics, a Dutch-led project from tech company Biorizon, is working with a consortium of companies to convert the virgin wood fibre from recycled nappies, supplied by UK nappy recycler Knowaste, and other absorbent hygiene products (AHPs) into bio-aromatics – raw materials for the chemical industry.

“These products can be used in coatings, lubricants and performance plastics,” says Biorizon project manager Murk van Rooijen. “We hope to produce small amounts of these products in the next 18 months.”

Plans are underway to commercialise the technology, starting with a pilot plant likely to be built in the Netherlands, which could be operational by 2019

Bio-aromatics could potentially replace traditional aromatics made from fossil fuels, if production can be scaled up. “We haven’t calculated the CO2 emission savings in detail yet, but expect to have these results in six months,” says van Rooijen.

Knowaste’s UK managing director Paul Richardson says projects like Waste2Aromatics may represent the future of nappy recycling. Knowaste aims to recover around 18% of the UK’s AHP waste, including disposable nappies, by building five to seven specialist recycling facilities over the next five years. It’s ambitious, given that nappy recycling is still nascent in the UK.

Currently Knowaste uses mostly commercial sources to collect AHP products, such as hospitals, nursing homes. The company is aiming to tap into the harder to access domestic stream, which Richardson estimates produces more than three times the amount of waste. While there are councils with dedicated nappy recycling schemes, these are few and far between.

Knowaste was refused planning permission in July for a £15m nappy recycling plant in west London over potential odour problems. In 2013, Scottish nappy recycling trials involving Knowaste’s now-closed West Bromwich plant were deemed a success, but they have since ground to a halt with no plans to reinstate them.

Despite this, Richardson remains optimistic. He says his company has developed products such as pet litter, waste containers and insulation material from the recovered fibre and plastic fractions of AHP waste.

“The cat litter market for the UK and Europe is around 500,000 tonnes a year, and we would produce about 10,000 tonnes from one facility,” he says, adding that Knowaste has secured a wholesale deal for the cat litter, that would cover the output from two plants.

Global nappy brands Pampers and Huggies are keen to be associated with similar end-of-life solutions. In Italy, Pampers manufacturer P&G has established Fater, a joint venture with AHP producer Angelini, to build a pilot plant capable of recycling 8,000 tonnes of disposable nappies each year, which are likely to come from kerbside collection schemes.

Pampers’ spokesman Ioannis Hatzopoulos says the technology is still in pilot stage but the plastics generated by the facility could be turned into street benches, school desks and bottle tops.

Two of P&G’s US manufacturing sites are converting pre-consumer nappy and baby wipe scrap into upholstery filling. Hatzopoulos says the plan is to roll this out across other sites. “We use nappy scrap to produce baby wipe containers in a closed-loop recycling programme. Last year, we also started using nappy scrap to generate fuel cubes used in cement plants locally for heating.”

In New Zealand, Kimberly-Clark’s Huggies partnership with Envirocomp has composted over 19m nappies since 2008 to make soil for landscaping. Customers register with Envirocomp, pre-purchase compostable nappy bags and are then able to deposit used nappies at drop off points.

More than NZ$850,000 (£467,000) has been invested in the initiative. “We’re working to create a more circular business model that allows us to recapture materials for reuse,” says Kimberly-Clark’s sustainability adviser, Ryan Kane.

Kimberly-Clark is also repurposing leftover nappy scrap – its Huggies nappy mill in Sydney, Australia, is fitted with a specialist reclaim unit. Kane says any material that can’t be reused is sold on to local producers for horticultural and consumer goods, or processed into fuel pellets for cement factories.

“One tree could produce 50kg of fruit every year,” says DYCLE founder, Ayumi Matsuzaka. “We want to keep the harvested fruit in the local communities. We could turn it into baby food, juice, jams and more.”

Another way of dealing with the waste stream is to focus on nappy design. GDiapers, featuring an outer reusable pant with flushable or compostable inserts, says its nappies are growing in popularity – despite commanding a 10-15% premium over traditional disposables. “We see cost reductions possible in the near future,” says Jason Graham-Nye, co-founder of the Australian-based company.

Due to “challenges with older plumbing”, Graham-Nye says gDiapers aren’t guaranteed to be flushable outside of Australia and North America. That said, Europe now accounts for nearly one-third of global sales of gDiapers, 50% of which are in the UK.