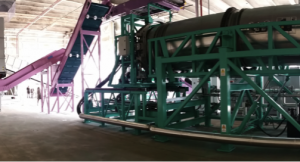 Procter & Gamble (P&G), manufacturer of the Pampers brand of nappies, has ‘signalled interest’ in the UK becoming the home to their third nappy recycling facility, after news that their pilot plant in Treviso, Northern Italy is going into full operational mode and that a second facility will be sited in Amsterdam, the Netherlands.

Backed by EMBRACE, an EU-funded project, P&G have partnered with various companies from the pharmaceutical and waste management industries, as well as local authorities in the relevant locations, to develop their own nappy recycling technology and they have tested using the mixed plastics generated by the process in bottle caps for their washing detergents, such as Ariel, Bold and Daz.

Speaking at the annual conference of UK council recycling officers, Dr Ioannis Hatzopoulous, Senior Manager, Sustainability Communications for P&G, detailed plans to provide “Europe-wide coverage” of recycling used nappies and reached out to the conference audience to gauge their interest for nappy recycling in the UK.

The facility at Treviso is capable of processing around 10,000 tonnes of nappy waste per year. For more on this story, visit LetsRecycle: https://www.letsrecycle.com/news/latest-news/pg-unveils-plans-recycle-used-nappies/