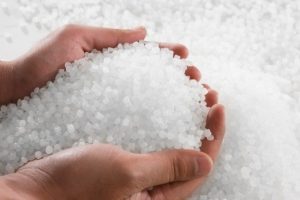 Trenton, New Jersey based Terracycle, who specialise in teaming up with leading brands and local authorities to recycle hard-to-recycle items like cigarette butts, coffee pods and used toothbrushes, have cracked the nappy recycling process, according to their PR spokesperson Veronica Rajadnya, who explains that they have had the ability to recycle nappies for some time, but it’s expensive.

“The reason that we do not currently recycle diapers is that we have not yet found a sponsor for a diaper recycling program,” says Rajadnya. “A program sponsor would take the economic burden off of consumers and provide incentives for capturing these materials for recycling.”

Partnering with a program sponsor is one of Terracycle’s go-to strategies and they have had much success with the policy in the past across a diverse range of waste streams. European waste giant Suez, which used to operate in the UK as Sita, purchased 30% of Terracycle last year in a deal reportedly worth around $30m.

Consumers also have a role to play here, as another way for nappy recycling to become economically viable is through increased demand for products made from the recovered materials, such as plastic pellets. Companies in Wales and Italy, amongst other places, seem to be making significant progress in solving this particular piece of the circular economy puzzle by developing innovative products and markets using such materials.

You can read more on Terracycle’s position on nappy recycling on the BabyCenter blog: https://blogs.babycenter.com/products/disposable-diapers-recyclable-take-make-happen/